If you travel Fringed Hill in New Zealand fair
Take care for fragile eggs grow there.
They are not laid, or set or placed.
They grew from mycological lace.
It runs ‘neath the ground, in threads microscopic
Until its fruiting body becomes periscopic
Popping out of the ground brown and round till it shows
A pale white center near the base of your toes.
This fungus amongus is considerably rare,
Found only on Fringed Hill in New Zealand fair.

On the high slopes of four Volcanoes
In the mountainous mountains of Mexico
A rabbit, almost the smallest of all,
Hides in the forest to grow.

Like most lagomorphs, it is eats mostly plants
But may gain some protein from a snack of small ants.
As it dines and drinks during the twilight
Heading to bed before it’s darkest night.

These diminutive bunnies hide in the Zacaton
Away from the predators seeking to snack on
The Volcano Rabbit. And of course there is man
Who used to make farmland as fast as it can.

But, despite a habitat split into fractions,
There have been good people taking good actions
To preserve this example of genetic diversity
And to help it overcome it’s eco-adversity. 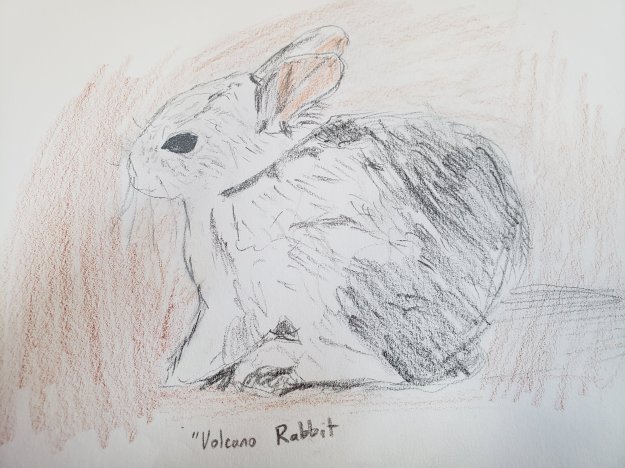 Eggs and Rabbits are inexplicably linked with the Easter Holiday – an example that synergy and branding are very old concepts indeed. Fischer’s Eggs are egg-like fungus growing in New Zealand. It is a surprise to many that, yes, even mushrooms can be endangered. Though, fungus and bacteria possess incredible genetic diversity with new species discovered in differing teaspoons of forest soil!

The Volcano Rabbit has a heavy metal name, but would likely die if placed in a mosh pit. It is larger than only the pygmy rabbit in the world of rabbits, closely resembling a pika. Which is an animal that looks a lot like a rabbit, but isn’t one. It lives in Mexico on Four Volcanoes. Most of its troubles are a loss of habitat due to humanity. So, you know, humans are the worst.

Matthew Abel writes a bit and likes some things, but not everything. He would like to be independently wealthy.

Error: Twitter did not respond. Please wait a few minutes and refresh this page.

This work is licensed under a Creative Commons Attribution-Noncommercial-Share Alike 3.0 Unported License.